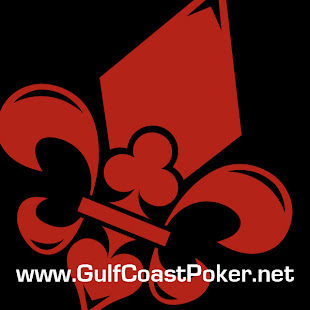 THE DEATH OF THE JETTA, A COUPLE OF GOOD FINDS, AND...WHAT'S IN OMAR HIKARY'S CLOSET...

Hola from Vegas, once again, disloyal, fickle readers! ;)
It's been quite a journey coming back here with a good bit to tell, so let's get started with a bunch of pictures from this week.  I like pictures.  They are great space-killers and it lessens the load of all the quality writing I have to churn out.  I can put the ol' cerebrum on auto pilot for this blog and let the pix do most of the talking...

For starters, I think we can all agree that these two lights (engine and battery) are not the kind of thing you would like to see on your dashboard when you are in the middle of the desert smack dead in the middle of New Mexico, whose state motto, if you are inclined to believe that sort of thing, is the "Land of Enchantment." Enchantment? I must have missed that right turn.  Arid, flat desert.  Horizon.  Screaming sunlight.  Large predatory birds circling overhead.  Waiting.  Watching.   Waiting. 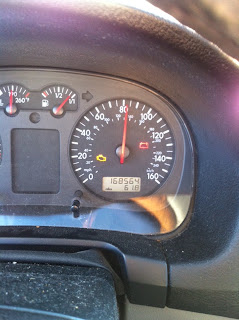 So it is with great regret that I must report that the All-Terrain-Jetta, whose adventures many of you followed in my previous blog...is no longer with the company.   Yes, I too am sad about such a loss of one of our staple characters to my blog's ever evolving storyline.  The Jetta transported me across this great land from casino to casino. The All-Terrain-Jetta had a cult following on this board.  I am aware of this.  My All-Terrain-Jetta received fan mail from Indonesia, Brazil, Slovakia, Belize...  sometimes written crudely on bits of scrap paper with pencil or crayon; sometimes a gift attached...a spark plug, an Armor-All wipe, a rubber fitting for a windshield wiper...  everyone across our global community wanted to see this lovable loser of a car succeed.
So it is with great, great sorrow that I now issue the standard corporate cookie-cutter, pre-fabbed, emotionally void statement of grief that all politicians nowadays use whenever they address someone's death...
"I am shocked and saddened to learn of the sudden passing of [The All-Terrain-Jetta].  [It] will be greatly missed."
Shocked and saddened.  Watch for someone to use that meaningless catch phrase next political death.  I guarantee it.
Also, well not so much shocking and saddening, as it is a little disappointing is the fact that I will apparently not have a backer this WSOP.  Not the biggest inconvenience in the world, but it sure would have been nice to play twenty or so events on someone else's dime this year.  Maybe next year.
Before the demise of the Jetta, I did manage to stop in Amarillo, TX on the way back to Vegas for something I've been wanting for quite some time now.  A pair of really nicely crafted boots.  And where better on Earth to buy a pair than Amarillo, Texas, whose double-Ls in the town name's logo, are, after all, cowboy boots?
So I have to say, they do take a little getting used to.   I wonder if this is what it feels like to have to wear high heels?  Pretty uncomfortable over all, and kind of off balance.  Makes me think that maybe cocktail waitresses shouldn't have to be forced to work in high heel shoes.  That has to be hell.  Note to self:  quit having feminist inner monologues.  You just bought BOOTS!  Stop acting sensitive!  Wuss!

Last week I told you all about the venerable Sahara Canino going bankrupt and being "dark" permanently.  Well, a few days ago I noticed they were having a liquidation sale starting at 10 am.  Great!  Sounds thrifty and predatory!  What's not to like?  But upon arrival that morning, the line of huddled masses extended a good quarter mile down the road (no exaggeration) of people wanting to have fun with an auction format to try to steal a piece of memorabilia...  Forget that.  Can't do lines.  But... I did go back a couple of days later to hope that I might just be lucky enough to find something that I really wanted that was overlooked somehow...and BAM!  There it was! 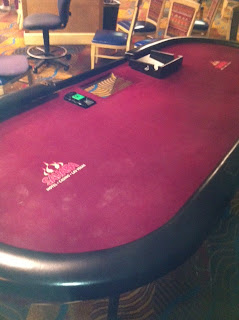 Original, great condition, even replete with chewing gum under the table!  Felt is in great shape, just a little dirty.  Last one!  Total steal.  $327 total out the door price!   Anyone can buy a poker table, but the way I see it, this is a little piece of history and pretty darn cool memorabilia.  I can only imagine they brought this one in from storage that day.  I told one of the workers I'd slap him a "finders fee" if he could locate another one, and he thought that was a great idea; even let me know that they could have some poker table Sahara new "felts" for the tables that were never used coming up tomorrow.  Stay tuned.  Lastly, I did pick up about 64 decks of Sahara playing cards that I'll probably sell most of.  See me if you're interested.  Unwrapped.  Unused.  History in the palm of your hands for a measly $5!  Tip optional.
Yesterday, the South Mississippi/ GCP crew for the most part headed out to cash game specialist/ Armani fashionista/ quasi-heterosexual militant Omar Hikary's lavish Turnberry Place condominium just off the strip for a really well put together barbeque.  Omar ponied up for a lavish spread of grilled sausages, burgers, ribeye after ribeye...Newcastle on tap, ice cold drinks by the pool...really well done!
Omar is always a lot of fun at the tables, and it sucks that Uncle Sam relocated him to Las Vegas (great for him though).  He's become a cash game machine within the last couple of years, and tonight I hope to see why he talks up the Aria's poker room so much.  In fact, I plagiarized Omar's trademark look of gigantic Armani shades a while back; putting my own twist to it.  Whereas he would have expensive oversized designer shades, I went with gigantic, really, really ugly shades...and never looked back.  The kind of look that makes people quizzically stare at you and think, "Is..he..serious?  Does he think he looks good in those?  Is he kidding?  Is he borrowing some girl's glasses?  Is he totally metro?  I wonder if he sells drugs.  Or ponies...  Seriously... what's up with that dude's shades?"  The way I see it, the more confused you make the other guy, the better off you are.  Keep 'em wondering.

So at the barbecue, I stripped down from my jeans into my swimsuit.  Giving credence to the Shawshank Redemption's theory that no one really ever looks at the shoes you're wearing...well, once I took my shoes OFF and laid them on the table, Omar took immediate notice of them and, well, most of you know how Omar does that thing where he exclaims really loudly...
"SON......WHAT........IN THE WORLD...........ARE.......THOSE?!?!"
Ok.  I get it.  I'm stretching a bit far with my shoes.  I thought they were a good buy.  I don't spend a lot of money on myself, and I thought they were cool.  I still do.  The boots I'd wanted for years.  This was something cheap, practical, and fun.  Yes...they're high-tops.  And green canvas.  Whatever.  I'm still feeling pretty good about my purchase.  Yes, I know I'm thirty-nine.  And, yes, I'm probably trying to look more youthful and hip with the shoes than I am.  I think I'm allowed to have an early mid-life crisis in my footwear if I chose to.  Damn!  Why I gotsta bees called out like dat?
So after an inordinate amount of ribbing, we take the grand tour of Omar's condo...which is an awesome, well laid out pad.  270 degree view of the Valley.  Three bedrooms.  Totally stylin'...
All was going well for Omar's condo tour until he bragged up his spacious walk-in closet.
That's when I noticed...
wait for it...
wait for it... 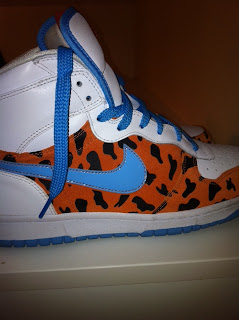 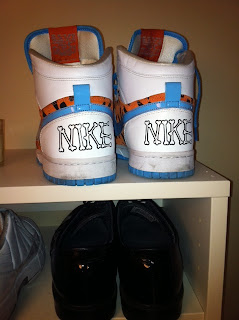 Omar's recently bought, pristine "FLINTSTONE HIGH TOPS!!!"
Suddenly my mouth went dry with fear and horror.  My body froze.  You know that cinematic effect when the most horrible grizzly event just happens in the climax of a horror movie...and the camera slowly zooms in on the horrified guy's face, but the hallway behind him slowly appears to get longer and longer?  Where escape out a confined area seems a million miles away -- and you know, right there, that escape is impossible now; there's no way out...   and you     belong     to     the      monster!
Yeah.  That's how I felt.  A stultifying fear washed over me in a cold sweat.  I was paralyzed with fear and...well, disgust.
Suddenly, TK walks in and GRABS the high tops!  Like, with no fear at all.  Like each shoe was NOT a coiled up Cobra or something.  I felt my stomach drop to the floor.  We are all going to die.  We are all going to die right here in this closet because these shoes are going to violently f***ing murder us and eat our bodies.
That's when everyone saw them and the room expolded with fear and panic.
Since you are reading this, it's obvious that somehow, I escaped.  I don't know how... I kind of blacked out there for a minute.  I just remember a lot of screaming, a mob rushing in a frenzied panic out of the condo for the elevator, the sound of children getting trampled, that thing where blood starts pouring down the walls...distant blood curdling howls from those left behind in the condo..."NO.....HELP US.....HEEEELLLLLLPPPP  USSSSSSSS  AAAARRRRRGGGHHHHHH...."
Omar, I hope that many years from now, you look at those shoes and think, "Damn!  I was really running well in 2011.  I had way too much money!"
I mean, seriously, dude, where would you ever wear shoes like that?  To protest a funeral?  To your own DIY exorcism?  To a bingo function for blind jazz musicians? To a Mormon Baptism?  I can't think of one social event, even remotely, that you could actually get away with wearing those things!  To a job interview for a "funeral comforter?"  To an interview with the law school admission board?
Wait.  I got it.  You know what would actually be cool?  You know how the state hires someone to actually pull the switch at a state execution of a criminal?  Yeah.  You could be that guy.  Black hood.  Black suit.  Flintstone hightops.
That would be awesome.
But even more than looking back on 2011 and the shoes with regret, I actually never hope you notice.  I hope each year, you make so much money, you never even begin to take notice.  I hope you never notice the leopard print Jeep you'll probably buy in 2012.  Or the mink coat you'll buy in 2013.  Or the Sengali hand crafted marble and ivory waterbed with the disco ball spinning on top of it you're sure to buy in 2014.  Or the ostrich skin boots you're certain to buy in...
wait...
I have no Amazon books to peddle to you people this month.  It's been a slow reading month, so go see the X-Men.  It's really good.  Or buy some Sahara playing cards from me.  Or don't.  Maybe I could sew together a card-jacket for you-know-who...
Posted by Anonymous at 12:51 AM